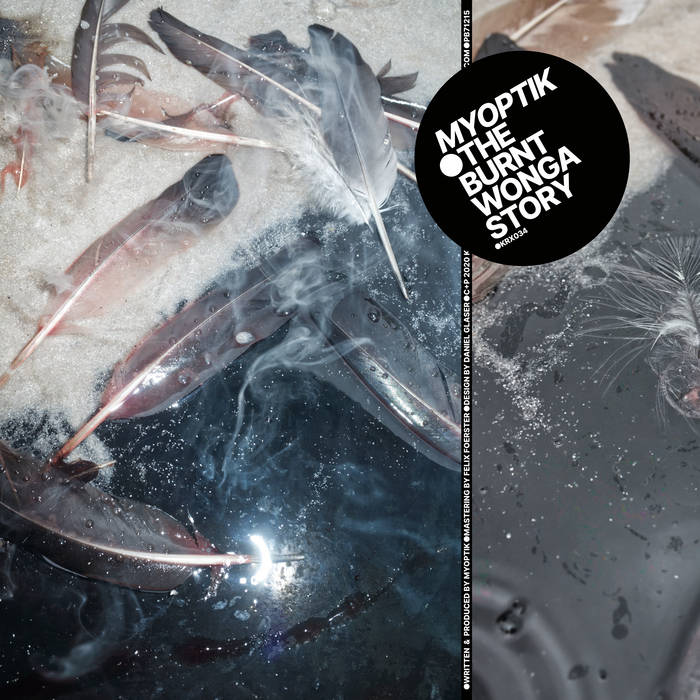 With The Burnt Wonga Story, Myoptik is firmly leading techno by the hand into new and exciting realms, all whilst looking forward into the dark unknown. An acid-opus that reaches new heights, and a desperately needed refresh to a sound that hasn't had much evolution in the last 25 years.
—

Lately there seems to be some underlying currents in the global music scene propelling a modern resurgence of "acid" music, with 303's popping up in everything from techno and house to psytrance and beyond. However, not all stabs and squelches are created equally, as Myoptik clearly demonstrates on his stellar new long player releasing on the legendary experimental label Kaer'Uiks very soon. The Burnt Wonga Story is a culmination and coalescence of Myoptik's extensive experimentation over the last couple decades within the acid sound-set, and clearly displays a loud statement that screams not only that acid is not dead, but that it has mutated and evolved into new and previously unfathomable forms. One look at the striking cover art by graphic designer Daniel Glaser will give you a large [yet abstract] clue as to what to expect sonically inside.

As a lone cowbell strikes a modest rhythm and massive industrial machines begin rolling in for the bassline, there is no telling what awaits around any corner of Funkatronix 999. Intricate polyrhythms abound as it slowly meanders around in a sort of post-acid funk. Rich stereo field treatment begets a deep immersion, coupled with a high order sonic palette that refines the potential of what could be considered acid music.

Enter Mentaz Bomb, giving way to a more classically inspired sound somewhat reminiscent of Atari Teenage Riot meets Luke Vibert, but with a hyper-stylized twist of immaculate production and a technical standard far exceeding either. Static splashes, distorted vocals, feedback loops, all the while squelching and sliding all over. Right into the opening granular textures of Jakk2 RIP Bass, wasting no time dropping a 4/4 beat and generating a lush full spectrum sound that opens right up and swallows you in. Advancing with exotic hypnotics and a deft hand, Jakk2-RIPbass ponders its' own existence while endlessly grooving to its' own tune until finally ending up in a subdued state of forward lurch.

Funktronix 111 has a purpose, and that is to be a solid dance floor banger but with an introspective edge. Lurking on the precipice of madness, auditory genius colliding with musical trickster, guiding you on a lavish voyage blipping and bleeping away with a future gaze, but stuck in a timewarp to an unknown time (or dimension). Cyber-folk tinged with a minor nostalgia for an age that hasn't yet happened.

The last entry in this unfolding sonic odyssey, Retard Shape, tosses a healthy handful of glitch into the mix, offering up a further mutation into highly nuanced, highly intelligent acid music of an order previously nonexistent. Evolving 303 structures rolling underneath glistening UFOs all together creating a deep and spatial listening environment that seems to open a portal in spacetime to a destination that is personally circumstantial.

Fresh would be an utterly gross understatement; this is something truly unique that takes the torch of its' predecessors and proceeds to light it with a flamethrower.
—

Bandcamp Daily  your guide to the world of Bandcamp